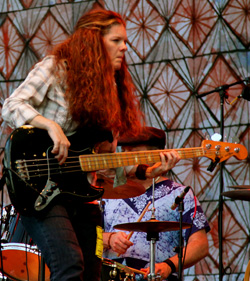 Debbie Duke has been one of South Florida’s premier bass players for many years and is known for a versatile and deep pocket. Her unique style mixes swinging grooves with rich melodic counterpoint and she is equally at home playing with singer-songwriters, jam band funk rockers, blues and bluegrass artists and is a master in all styles of rock. 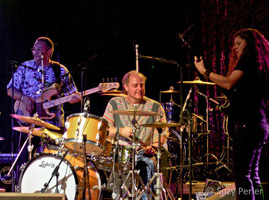 On stage with George Porter Jr. and Pete Lavezzoli